Variables store global and local data for instances. Instances save, hold, modify and share data using variables. A Flowchart comes with a number of predefined environment variables and mechanisms for defining new variables.

Variables values could be changed during Flowchart execution to support any finite-state machine logic required; a field of an outgoing packet can be filled by a current value of a variable; any part or a whole of a packet received could be stored into a variable by a Receive Block. The packet data is saved in the decoded form with easy access to all the saved PDU fields by name.

Variables can be defined by a Flowchart and/or imported. Include files with variables definitions are supported. 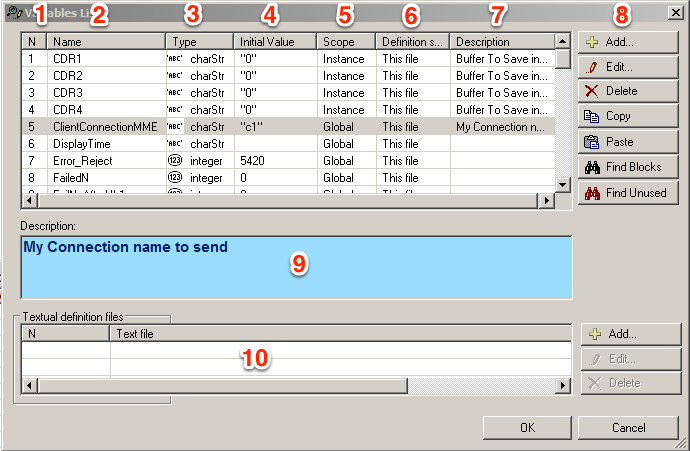 Deleting a variable has dangerous side effects. It erases all operations and conditions associated with the variable throughout the Flowchart. Changing variables type may have the same effect. This behavior is by design. Making a backup copy of the Flowchart before attempting to delete a variable is strongly advised. A variable name should start with a latter and may contain any number of alphanumeric characters and underscores. Names of API calls and some keywords are prohibited. 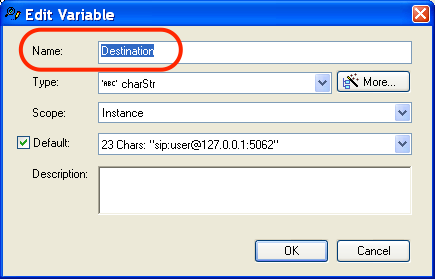 Data type of a variable defines what kind of a value the variable can hold. 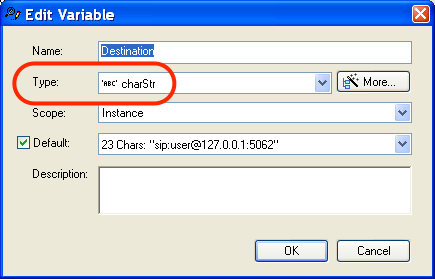 FlowCoder allows saving, analyzing and modifying any fragment of any packet at any level of detail on-the-fly at any point of Flowchart execution.

A variable is statically assigned one of the scopes:

A global variable may serve as a basic synchronization mechanism among instances.

The software guarantees atomicity of access to global variables and API calls. No special actions on user the part are required.

Any value of the same data type as the variable. 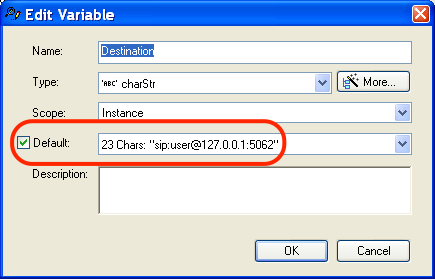 == and <> comparisons supported for all strings, and work similarly to charStr type.